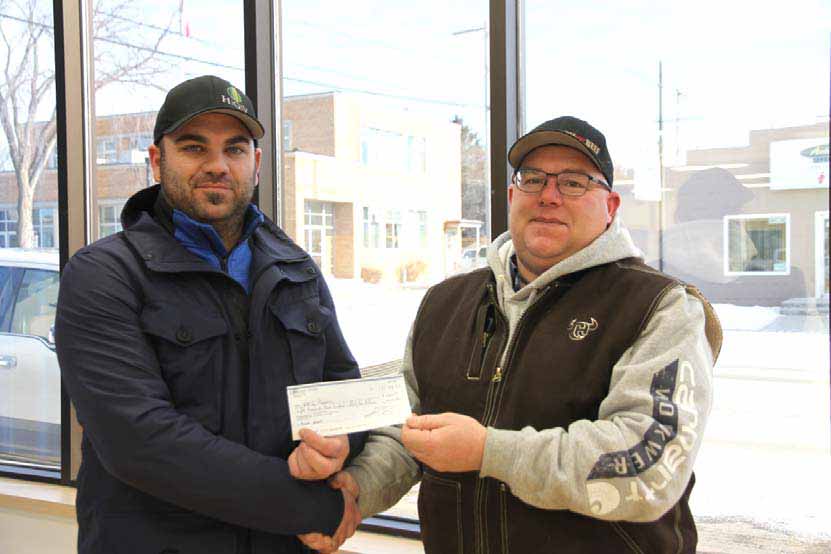 Kristjan Hebert of Hebert Grain Ventures has donated $25,000 to the Moosomin Airport Expansion Fund. Hebert said he wanted to make the donation because he sees the expanded runway as a real need.

“Because of the changes in health care, we really need the airport improvements for stroke victims and for kids,” he says.

“I’ve been following this project pretty closely, and I think it’s important. Health Care is something that can make Moosomin the next Brandon or the next Weyburn, and the economic stats also show it’s close to $2 million a year of economic spinoff with a paved runway. That economic spinoff will be how it gets paid for over time.

“I think especially because of Moosomin’s location, it really has a lot of potential for the future. Health care is the most important thing, though.

“I think any of us would write a cheque for a lot more than $25,000 if we needed to if our child was hurt, but by then it would be too late.” 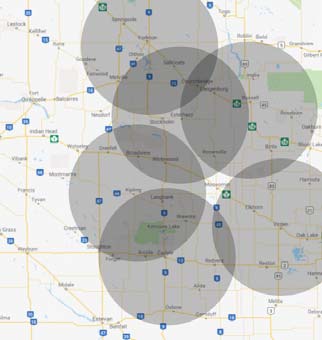 “Conexus came out with $100,000 which puts a really good stake in the ground for what I would call mid to large-sized businesses, and this is something that I could fit into our budget and it was substantial enough that I think it makes a difference,” he says.

RM of Moosomin Reeve David Moffatt said contributions like this help move the project along the path.

“We’ve had people just come to the table without being approached, so that’s huge.

“We’ve formed a fundraising committee now that we are going to hit the ground with and get out on foot and sit down with some of the local businesses.

“We’ll be meeting with businesses one on one whenever we can.” Hebert says he believes the more people become aware of the project the more they will get behind it. “I think to the more times it gets out in the media, the more people start to understand the benefits of it,” he says.

“It’s one of those things that until you have a family member who needs to use the air ambulance or have a stroke or have a child get hurt, you don’t realize the need, so hopefully the more it gets covered and the more news that gets out about it, the more support there is.

“It really can make a difference for the community of Moosomin into the future. This project can benefit Moosomin in terms of both improving health care with the Air Ambulance link and improving economics with the spinoffs. A project that brings together healthcare and economics is pretty interesting.”

Moffatt said the fundraising committee will be looking to industry and business across the region to help with the project.

“There is a lot of industry in the area, and a lot of bigger companies that we’re going to be approaching. As for the smaller businesses, any donation is going to help us along the way,” he says.

“It’s very, very encouraging to have these donations come in before we have gone out to meet with the businesses.

“I think we kind of knew the support was always there, but for people to step forward before we have gone out to them kind of hits home. It shows us we are on the right track and we have people’s support.”